Each year on the 31st of December, my habit is to reflect on a year gone by. Surely I am not the only one in doing this! Without going into too much detail, this process of recollection is useful also in realizing what I have accomplished and what will have to wait or be abandoned, or pushed forward in what will likely become another exceptional year. 2020 has brought about so many challenges, uncertainties and changes on the personal and research front, both deeply intertwined of course (even more so in pandemic times). The beginning of 2020 became the tail of what had become a horrific bush fire season in Australia, which had already started in September 2019. Almost 19 million hectares burnt down, resulting in mass evacuations, the death of 34 human lives and estimates of as many as half a billion animal lives. One of the first fires to start in Sydney was quite literally next to our backyard in Lane Cove Park. Luckily, we were spared the worst as the fires close to our home were quickly extinguished. However, the smoke and hazardous haze that developed out of fires burning as much as hundreds of kilometers away, enveloped the air in Sydney for much of January and thereafter. Advice to stay at home or wear masks outdoors was paradoxically and unfortunately already part of the suggested precautions to be taken before the pandemic became a fact in Australia.

Early January, I had prepared myself for a period of research leave where I would be attending conferences, seminars, collaborating, writing, reading and doing fieldwork in Europe. My first research visit in mid-January was to Wageningen University (the Netherlands) where I collaborate with Martijn Duineveld and where I gave a guest lecture in the ‘Tourist Experiences’ course, convened by Karolina Doughty. I have fond memories of teaching in this course: you can read more about it here.

After a beautiful trip by train, which started in the Netherlands, I arrived at the University of Graz in Austria late January to meet with my former colleague Daniel Blazej to work on a project proposal to conduct research on Airbnb’s impact in Graz. A few weeks later, the biannual Critical Tourism Studies Asia-Pacific Conference took place in Wakayama, Japan. I gave a paper presentation there on digital activism and other forms resistance on part of Airbnb users, detailing their efforts in changing the platform’s modes of governance. I am hoping to get this paper published in 2021. As mentioned in an earlier blog, the CTS Asia-Pacific conference in particular has become a very dear event to me as it has brought together, over the years, an amazing group of scholars who – beyond exchanging ideas and reflecting/working on research – have become a great support to me in navigating the (joyful and challenging) aspects of academic life.

Upon my return to Italy in late February – where I was about to start my visiting scholarship at the University of Bologna – the COVID-19 virus started to rapidly spread. As a result of this, Italy went into lockdown early March after which months of uncertainty, despair, fear and grief followed – until today. Despite the challenging conditions that the pandemic and measures have provoked over the year – including the required adaptations to work from home in isolation – I was able to continue carrying out some of the research plans that I had planned for 2020. And those that couldn’t be carried out, were postponed. The scheduled guest lectures that I would be giving in class at the University of Bologna were taught online instead – a mode of teaching that I had already become accustomed to as a teacher at Macquarie University (albeit in somewhat different forms). The uncertainty surrounding the continuously evolving pandemic and the enduring restrictions that were placed on international mobility shaped the decision not to return to my position at Macquarie University. What followed was a period of reflection and recovery during the European summer, which saw a brief decrease of COVID-19 infections and borders opening again.

Despite the ongoing uncertainty that shaped much of my experience of 2020, I also received some wonderful news: I won a competitive grant to carry out a research project of three years at the Universitat Oberta de Catalunya as a postdoctoral researcher. I started working here in November, and became a new member of the Faculty of Economics and Business and the NOUTUR research group. On a separate website I will post updates on this specific research project: www.tourismplatforms.com . Whilst I will continue exploring how tourism-related digital platforms transform the everyday lives of their users, I will be looking specifically at how users of those platforms assert their political agency to challenge and change platforms’ modes of governance.

Additionally, in April 2021, I will be teaching a course on the “Digital turn in tourism” at the International University of Languages and Media in Milan (Italy) as an adjunct professor. Finally, I look forward to continue working on some of the projects of the past year(s). These include:

Wishing everyone a healthy, happy and hopeful 2021! 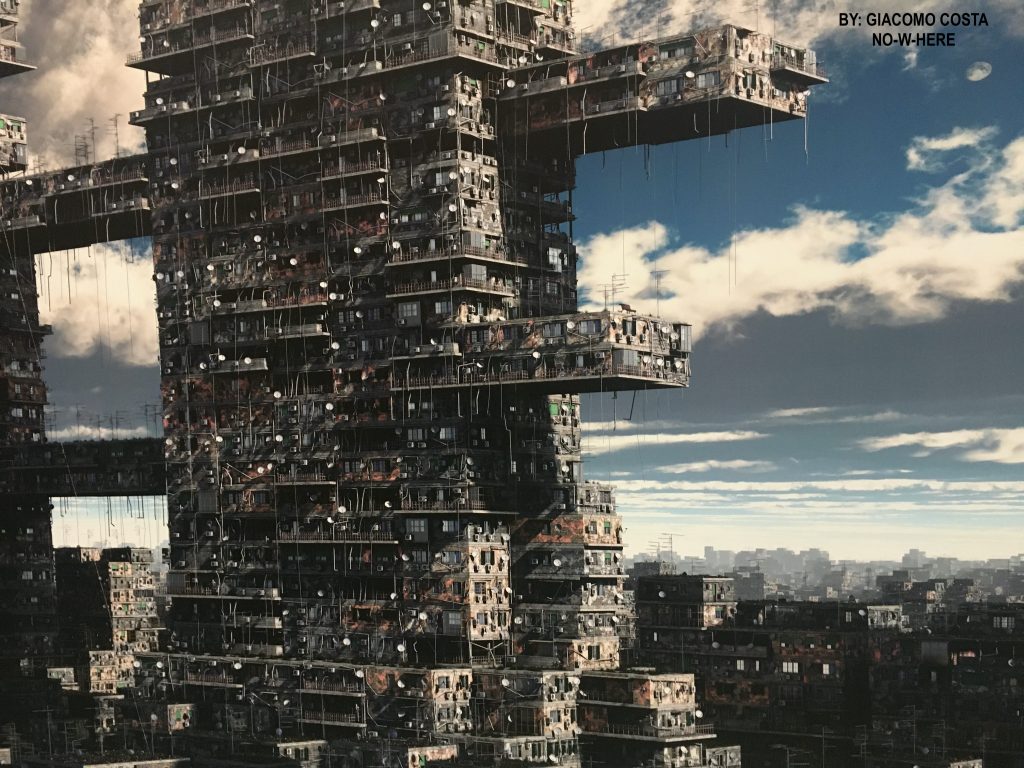 Artwork by Giacomo Costa as shown in Salaborsa, Bologna: http://www.giacomocosta.com/full/